I've known Richard Skipper for more than ten years, and in all the time I've known him I have learned and grown and been encouraged and seen him encourage so many people and changed so many lives for the better that it's astounding. He knows everyone, and everyone who has ever worked with him can only have the highest of praise because his work ethic and the way he lives his life is so positive and uplifting that he brings a sense of excitement, energy and vitality when he walks into a room. I've written about him in these pages before, and when I heard about the new show he is planning for his 40th Anniversary of moving to New York City, I asked him if I could write a blog post to let people know more about this wonderful news. I spoke with him recently about the new show, and though I have worked with him on and off for a long time and been a part of some of the more recent developments in his life, there will be some new news and surprises for me in the information he shares through conversation and music that night. I moved to Manhattan what seems like many years ago now, but Richard arrived there in a time before I did and his experiences of the City were different not only because of the difference in years, but also because he moved to New York from a small town in South Carolina having never had an experience of the City as a home before. My own family was from New York originally, and though I was born and raised in a small town in New England after they had moved, we still had relatives and friends that we visited on a regular occasion. Though I'd had those experiences, New York City was still intimidating in my early years, and I can only imagine what it must have been like when Richard moved there and what his feelings might have been when he touched down in the city of his dreams that was to be his new home.

The Manhattan of 40 years ago was a very gritty one, but it held the promise of the dreams of this young man who had told his parents one evening that he would be moving to New York City on August 5 of 1979. He had been reading a book where the writer had said to focus on a goal and keep focusing on it, and when he told his family what he was planning to do, they didn't take him seriously. No one from his home town of Conway would have believed it because it's just something that seemed too outside of what anyone usually did. New York City was far away in both distance and way of life, so far that it could have been the distance from Dorothy's Kansas to the Emerald City. But for Richard Skipper, the dream that "there's no place like home" was in reverse to Dorothy's - New York City was the home he was dreaming about and so on August 5, 1979 he got on a plane with a one way ticket and went there. The stories of the years from that day to this are what will make up his upcoming show, "An Evening With Richard Skipper: From Conway to Broadway," and they are stories that will touch your heart and give you encouragement to keep going and dreaming and moving toward your own lifelong heartfelt goals.

There have been many changes for Richard over the years, shifts in his career path, people he's met, memorable places he's performed and places where he's traveled. He's worked all over the world with so many of all of our favorite stars, and has made friends with people the boy from Conway had always dreamed about. To some from the outside looking in it would seem as if he's had a charmed life, but there were many struggles and challenges along the way. But Richard has a way and an outlook on life that is ever positive - the teenager who said he was moving to New York City when he turned 18 grew into a man filled with joy and love and hope for an always better and brighter tomorrow. It's with that hope and joy and love that he'll share his experiences from these past 40 years, and though I can't guarantee there won't be any tears for those of us listening, we'll be filled with his exuberant life and a revitalized energy to bring us to a new level of inspiration.

As I write this on Sunday, June 9, 2019, I am thinking back to the boy that Richard Skipper was, and the young man who bought a plane ticket to New York on June 10, 1979. And I'm remembering the first time I met Richard after speaking with him on the phone in conversations that helped bring back my joy and creativity after a time of difficulty and upheaval, and to the songs I have heard him sing, the stories I've heard him tell, and the conversations we've had together over the years that I've known him. When we spoke the other day, he spoke about one of my favorite songs, "A Quiet Thing" by John Kander and Fred Ebb, a song that I learned about for the first time with Richard. One of the most lovely songs, there is a lyric that goes, "It's a quiet thing, when you hold the world in your trembling hand. You'd think you'd hear a choir sing, it's a quiet thing . . . Happiness comes in on tip-toe, well what d'ya know. It's a quiet thing, a very - quiet - thing." In the years since I've met Richard, one of the most beautiful things I've learned is that we can have happiness and hold the world of our dreams in our hands. 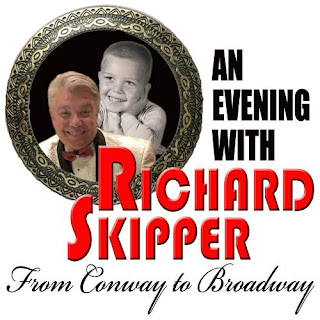 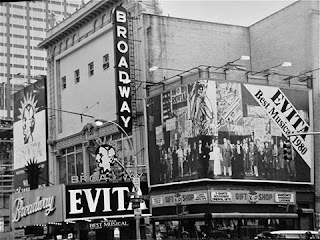 Richard Skipper With His Sister 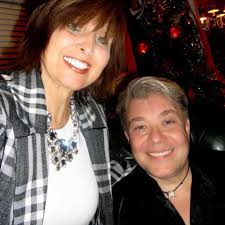 And As A Child
With His Father and Grandfather 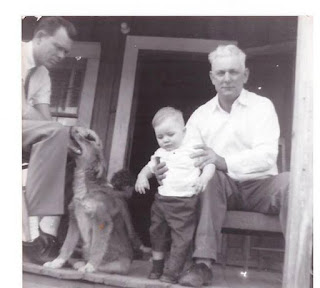 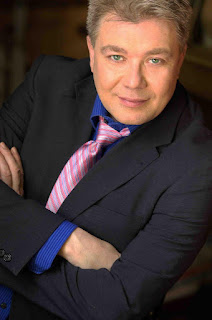