I've written about the beautiful Artist Alberte Bernier in these pages before, but a few months ago when I heard that she would be having a solo show at the Chashama Space For Artists on West 37th Street, I marked it in my calendar and though I had a busy evening that night, I made sure to get there. Alberte is one of those rare people who not only creates beautiful work, but she is a beautiful soul, a lovely woman inside and out whose work is a reflection of the beauty within. Her show "Of The Sea" was inspired by her past, growing up on an Island and being drawn to the water in the many places where she has traveled and lived since then. There is something about Alberte that I hope she won't mind me sharing, she loves children and babies, and there is a new baby in her family named Ocean whose presence in her life was one of her inspirations for this show. New life, the life of her past and history, all washing together into the present bring a sense of the calmness and lovely beauty of the ocean along with all of its excitement and strength and ever changing motion. Each piece she has created has something three dimensional. Using found objects, drift wood, shells, and pieces of material and netting, she has created a world within the space where the show was held that brings you a breath of the sea and brings you into each piece that is a world of its own.

As we looked at the show together on the last day, I saw some things that I hadn't seen at the opening. On one piece in particular I began to notice that she had painted on the drift wood that adorned the painted waves. Something happened in that moment of time, because the paint on the driftwood became not just paint but a representation of moss and other sea growth and drew the viewer into the painted canvas in a way that bridged the lines between representation and realism, abstract art and sculpture and the images they represesented to the Artist and to the viewer. The real piece of wood seemed to be drifting on real waves, and the painted waves were no longer just paint but three dimensional as the viewer was drawn into the coolness and depth and color of the multi-hued blues and turquoises of the sea.

In a lovely touch, at the opening Alberte wore a turquoise dress, and I said as I arrived that she looked like she was the title of her work, "Of The Sea," and she answered, "I am!" She was born by the ocean and it is so much a part of who she is and what she knows in the depths of her being, and this show begins to share that feeling with all of us who see it. On a hot day in Manhattan we too could feel like we were in an ocean place, drifting on the waves of the sea.


Alberte Bernier
"Of The Sea"
At Chashama 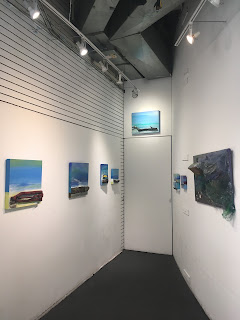 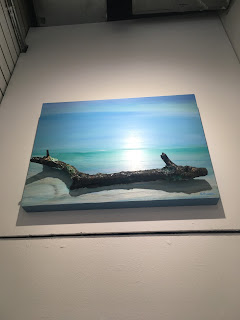 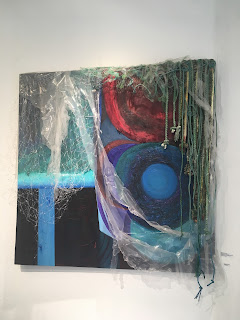 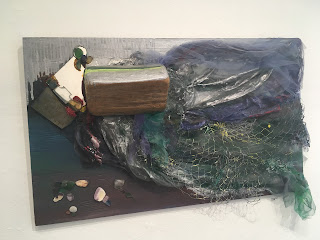 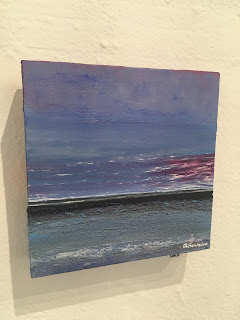 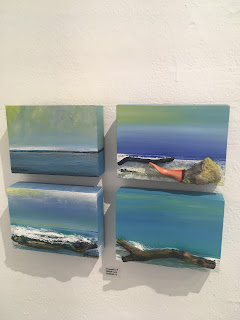 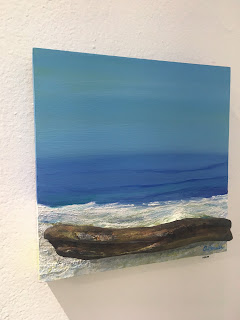 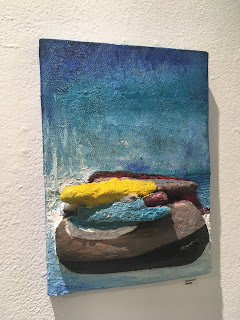 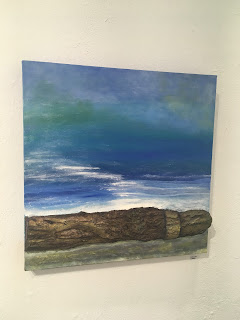 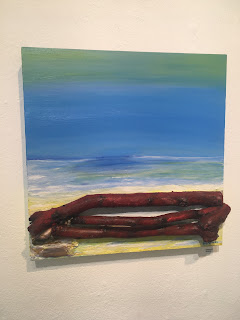 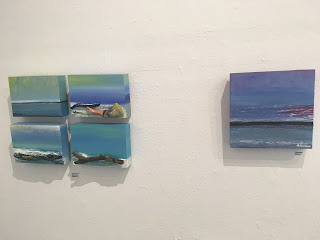 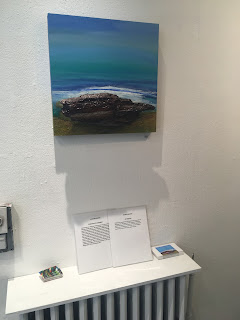 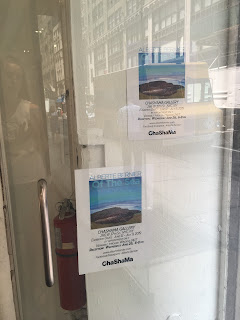 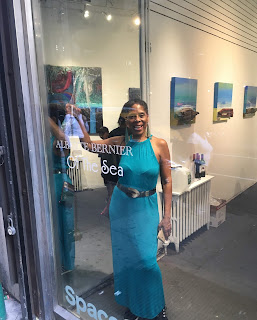