An Abundant Life - Sharing Our Stories

When I received the invitation for the play "Rosemary and Time" from the beautiful actress Judith Barcroft, I knew I wanted to see it. Theater is my first love of all of the arts, and I don't get a chance to see enough of it. Prices are high for Broadway and even Off-Broadway, and though I have a long history of being in and around the theater, that history sometimes makes me hesitant to go to plays because I've known and seen some of the best over the years and I've gotten to have a very particular view about what I like and I don't like. But I've known Judith for many years and I know she's one of the best actresses around, and I also know that she would only be in a play that was a very special one, so I clicked through the link in her email and checked out the website for the play. When I started to read about it and saw that the entire production staff were women, I sent an email off to Andrea Alton who was listed as the press and publicity contact, and said I'd like to write about the play and if possible meet the Director and Playwright. It is rare to see an entire production staff of women - theater and film will often have production staff and crew that is a combination of men and women, and sometimes all or mostly men, but to see a group of women theater professionals collaborating on a play is not a common occurrence, and I was intrigued and impressed with the idea of it. When I heard back from Andrea, we decided that I'd attend the invited dress and then make arrangements to see the play again a bit later into the run when the actors had some time to do the work that starts to happen once a play has an audience.

I love theater, more than any art form, because theater is always different. Night after night, you can have a run of a year or more, and actors will always find something new in their roles. The same actors, the same play, and always something new to see and feel and experience. The night of the invited dress I had a very special walk down memory lane - Judith and I had worked together in the past on a Craig Lucas play that was a very special play to me when we were in the LAB Theater Company that was part of the Circle Repertory Company. She had played my mother in that play, and she was playing a mother in this one, a very different role, but the reminder of the time we had shared together was still there. Before the play started, a man in the audience said hello to me, and though I recognized him, I wasn't sure where we knew each other from. When I asked him, he told me his name and that he was a theater photographer and I knew immediately that he was Gerry Goodstein who had photographed the Circle Repertory Company plays when I had first started there as an intern and in all the years afterward through all the seasons of astonishing plays that filled my history in my early years in New York. It was wonderful to see him working that night, to remember those wonderful plays and wonderful days and nights of theater and theater professionals - the people and plays that had forever changed my life and taught me so much of what I know.

The play "Rosemary And Time" is astounding. After I returned for the second time, I told Jennifer Fell Hayes, the playwright, that it's an important play, and it is. It tells a story that is based on a true story that a friend of Jennifer's told her about a member of his family in Yorkshire. I'm not going to give anything away, but I will say that the subject matter could have been handled in any number of ways that could have had so much less finesse and beauty, and Jennifer and the production staff handled it brilliantly. The writing is excellent - I'm a playwright myself and technically it seemed flawless. But there was something else that happens with great writing - it reaches to the heart of social issues through a story about people that helps us to think about our own stories and find a place of healing and begin to question the status quo. The production itself is amazing. The Direction by Kathy Gail MacGowan is impeccable, the actors are outstanding, and the music, lighting, set design, costumes and all other aspects of the experience are so completely and perfectly integrated that it is mesmerizing. There's not one false step, and I am someone who can be very critical - though I have a heart for actors and theater professionals, if it's not ringing true I will know it. The characters were all treated with such compassion, respect and love, even those who could be thought of as unlikable, and I felt myself wanting to understand and beginning to understand, and opening myself up to allowing others who might be in my own life who might seem less than likable to just be. This is the power of great theater. It opens us up to sharing our own stories, and to learning about the stories of others.

The second time I saw the play, I invited a friend who is not a "theater person" - unlike me he doesn't have a history in the theater and he'd never seen a play in such an intimate setting before. He loved it, and said afterward how amazing it was, and as we walked together up Broadway to catch our trains home, he said something that in some ways echoed what I love about great theater the most. "They were talking about things that were every day things, and they were engaged with each other and engaged us in their conversation. People don't really do that very often, talk about things that are important to them and their feelings about things that have happened, and it's good to do that. It's good to talk about those things and try to figure them out, to have a space where you can be encouraged to talk about them." It is good to talk and to share our stories, and to have a space and a place where we can share them openly and honestly. In that space we can decide to leave them behind or let them help us to move forward. 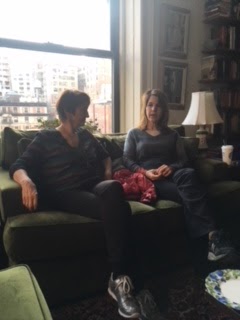 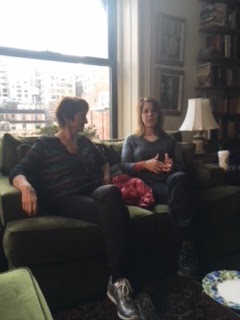 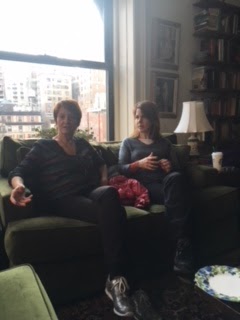 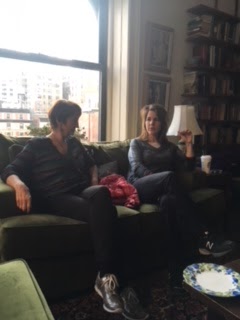 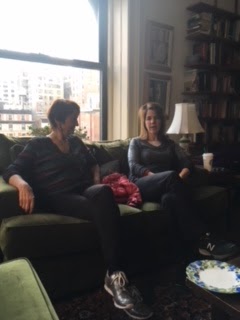 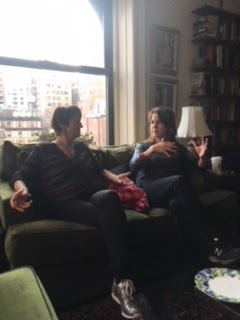 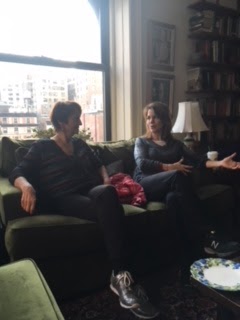 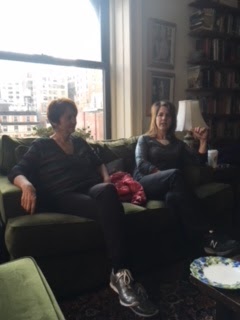 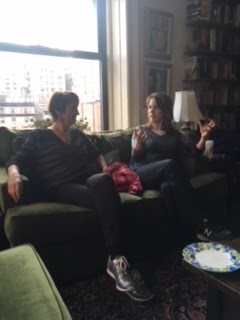 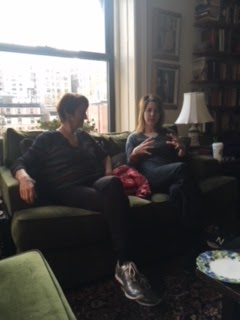 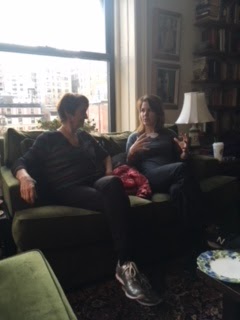 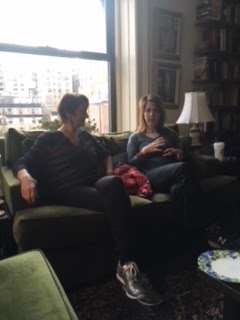 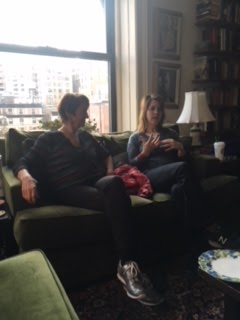 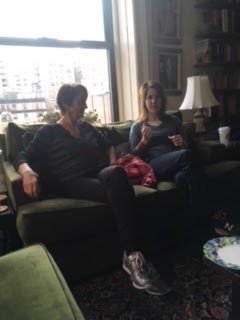 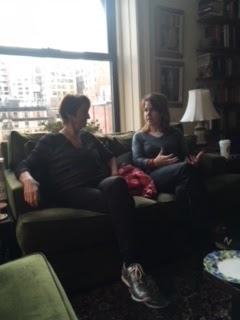 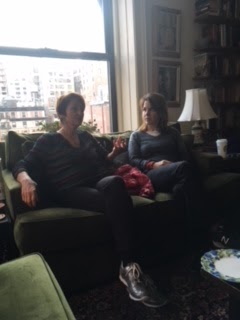 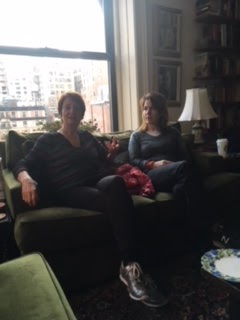 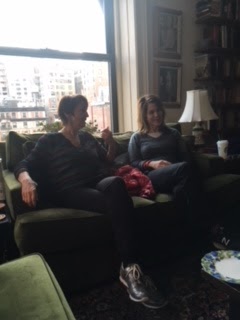 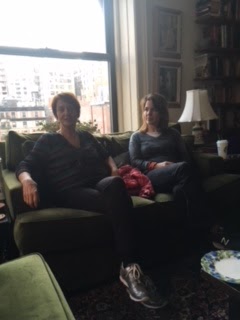 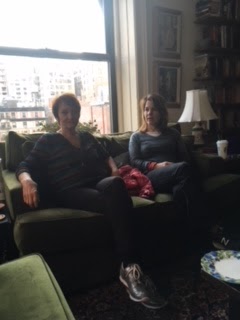 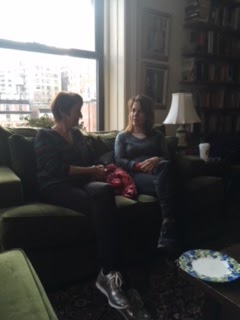 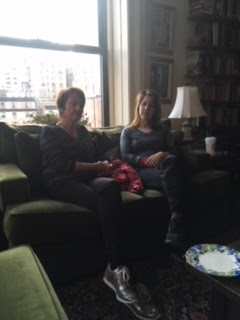 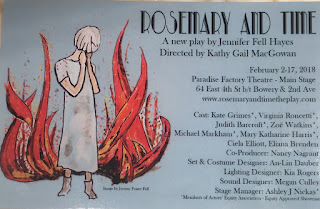